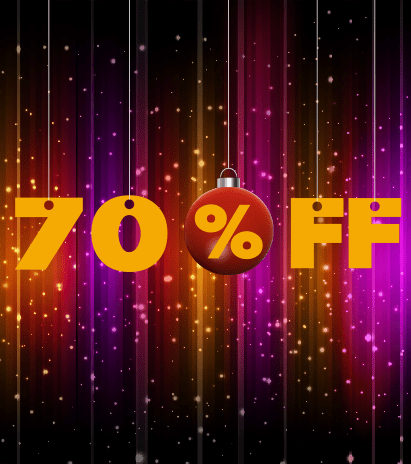 Easier Than Ever Booking

Check Out Our Fares To Honolulu!

* Displayed fares were last updated on Jan 24, 2021 at 11:48:17 PM . Fares are based on historical data, are subject to change and cannot be guaranteed at the time of booking. Total fare round trip economy class per person in US dollars, including all taxes and fees. See booking terms and conditions

Monica was very helpful and patient tonight when she assisted me in booking my flight....

I have been a client of AirTkt.com for over 3 years now. I cannot express how satisfied I am with the services I have received from thi...

Excellent - thank you Sunny!
I was very hesitant about using your site because I haven't heard anything about you, but you were prom...

Thank you very much for your help in getting these tickets and seats for us. have a good summer....

The service that Soonu provided was, without a doubt, the BEST I have seen from an airline and/or agent in many years. Not only was he ...

Book cheap flight to Honolulu AirTkt provides you the best tools to ensure excellent deals on flights to Honolulu. Use our secure booking engine to browse nonstop flights and available departure points every day of the year. Search from the prime airlines to book your excellent Honolulu flight. You can invariably rely on AirTkt to help you find the cheapest flights to Honolulu. Applying our booking engine is simple - just type in your details of travel and favored dates and AirTkt does the rest! If your trip times are flexible, you can find even more immeasurable discounts by adjusting your flight dates. Browse connecting flights to improve your chances of getting even lower fares. Thanks to AirTkt’s Best Price Guarantee, you can book your Honolulu flights with full assurance knowing that you’ve found the most suited deal online. AitTkt lets you explore across the largest number of airlines and Honolulu flights, which indicates that you'll be able to find excellent flight deals at the perfect travel date and time. There's simply no replacement for great prices and versatility suited to your flight demands. Seeming to save even more? Get further profits by bundling your Honolulu flight with a hotel and/or car rental to produce a discount travel package. Early birds can discover immense savings by booking in advance while last-minute tourists can appreciate great last-minute deals. With AirTkt, there is no lack of options to save even more extra on your Honolulu trip! Best time to visit Honolulu The most exceptional time to visit Honolulu is from mid-April to beginning June or within September and mid-December. Throughout these shoulder periods, performances are less crowded, festivals are abundant and airfare and room charges are at their cheapest. Another famous (and pricey) time to visit is between late December and early April when surfers go to the North Shore to make waves or watch specialists compete in various surfing events. Honolulu top attractions Honolulu is the capital of Hawaii and the central point of entry for the largest visitors to the state. Effortlessly accessible by nonstop flights from North America, Asia, and destinations throughout the South Pacific, Hawaii is a significant tourist destination, with visitors from all across coming here to enjoy the beaches and sultry climate. Pearl Harbor - Pearl Harbor is the most abundant essential harbor in Hawaii, called for the various pearls that were once collected from its depths. While it is still an actual naval base, it is also a National Historic Landmark that houses many displays that are part of the World War II Valor in the Pacific Monument, including ceremonies for the USS Arizona, USS Oklahoma, and USS Utah, as strong as Battleship Row and Ford Island. USS Arizona Memorial - The USS Arizona Memorial is the commonly visited tourist performance in Hawaii and one of Pearl Harbor's five locations that are section of the World War II Valor in the Pacific National Monument. The memorial hovers above the scuttled remains of the USS Arizona, which was demolished, along with 1,177 crew members, on December 7, 1941. Free travels of the memorial begin at the Pearl Harbor Visitor Center among a film about the attack and its ancient context, after which visitors board a U.S. Navy boat and are brought to the memorial. Waikiki - This neighborhood on the southern shore of Honolulu is associated with its high-end resorts, entertainment, shopping, and dining, as well as its impressive beaches. It is also recognized as the home of Olympic gold-medalist Duke Kahanamoku, a swimmer and surfing teacher who is credited as the "father of modern surfing." The sport is so deeply revered here that, in addition to a statue of Duke, the tickets onward the Waikiki Historic Trail is created of surfboards. Diamond Head State Monument - The most recognizable of Hawaii's essential landmarks, Diamond Head has a characteristic profile. Positioned on the eastern portion of Waikiki's coastline, this historic summit was once an essential part of the island's coastal protection. Now, visitors can travel up the steep trail that grows 560 feet from the floor of the crater to the peak in just 0.8 of a mile. At the head is a gigantic tower built-in 1917, as well as bunkers and the Fire Control Station that regulated gunnery at Fort Ruger and Waikiki. Bishop Museum and Planetarium - Bishop Museum, Hawaii's state museum, comprises one of the best combinations of Polynesian arts and artifacts in the state. The museum's continual exhibitions include kahilis, a collection of the feathered royal standards that toiled as flags for past authority, as well as Hawaiian feathered capes and helmets. The museum's first floor is assigned to the world of Hawaiian legend, Kai Ākea, where the antiquated gods exist. Other sections of the museum center on the region's natural history, including popular occupations like whaling. Also of note is a huge collection of artifacts from the South Pacific, and something brought by the Japanese, Chinese, Filipino, Korean, Portuguese, German, and other early settlers. Hanauma Bay Nature Preserve - Hanauma Bay is a bizarre natural bay that developed within the crater of an ancient volcano. In the happenings, it was such a famous snorkeling destination that it became polluted and split from over-use. Thanks to reconstruction efforts that began in 1990, today the bay is fundamental, and its ecosystem thrives, allowing visitors to enjoy the beach and its many residents. To combat damage to the fragile ecosystem and protect the bay for future generations, the number of daily visitors is restricted, and all beachgoers are required to watch an educational video regarding how they can assure that they are not wrecking the beach and ecosystem they are about to enjoy. Which airlines fly to Honolulu? Alaska Airlines American Airlines Alaska Airlines Hawaiian Airlines United Airlines Hawaiian Airlines Why book with AirTkt Fast, Easy & Secure Reservations Exclusive Deals Best Prices GUARANTEED 24/7 Booking Assistance